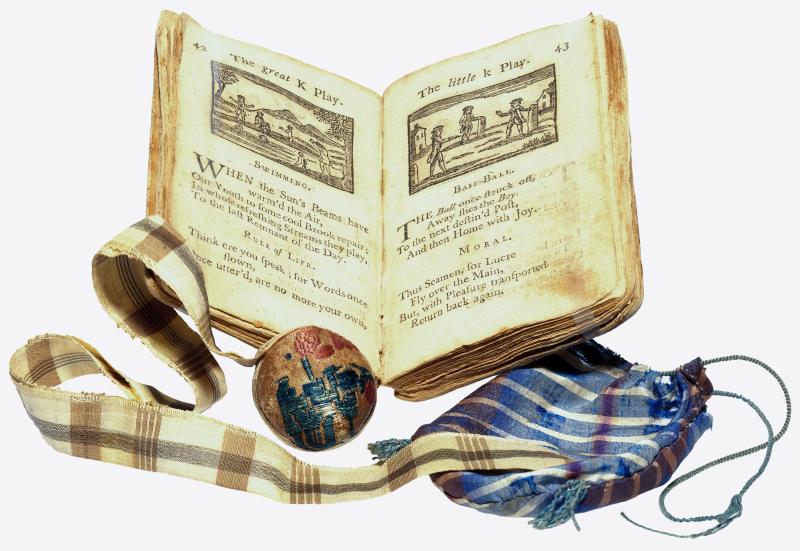 Several scholars have pointed out the close connection between the Pocket-Book and children's material culture and play activities. It came with a toy that could be used as a "ball" if you were a boy or a "pincushion" if you were a girl. The Morgan Library and Museum in New York City holds what is apparently the only copy of the book complete with ball and pouch. I wonder what kids really did with this toy. Did they use it as intended? Did girls throw it like a ball? Did boys use it as instructed, to track their good behavior, or did they find other uses for it? These material questions remind us that we can think about children's literature not as a set of static texts that children simply receive, but as things with which they interact in various ways, creating new meanings in the act.
Posted by Ryan Bunch at 8:57 PM